After 71 days and numerous setbacks, Rob Lilwall completes his solo trek across China’s Taklamakan desert, and learns the value of solitude in our hyperconnected, always busy world.

It’s over! On Saturday October 22, just before sunset, I finally completed my expedition across China’s most fearsome desert, the Taklamakan. In my memory, the final few weeks are a blur of desperate struggle.

The first challenge was walking along the Mazartag line, a range of mountains whose rock walls rise out of the sands like a prehistoric beast. As the area around it is a closed oil drilling region, I had to do much of my walking at night to reduce my chance of being spotted by the giant, roving exploration trucks. 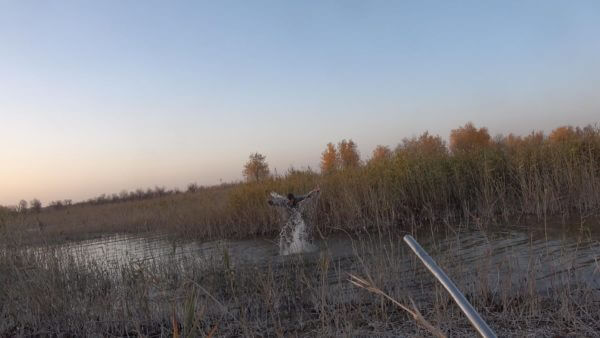 Somehow I made it through, and the expedition finally ended on the desert’s far western side, where I reached a shepherds’ stream and let myself collapse, fully clothed, into the cool waters. I bade farewell to my cart, Odysseus, which despite now rattling and falling apart had served me with dignity. I walked with my rucksack to the nearest road and hitchhiked back to civilisation.

But I still had unfinished business. There had been two sections (one 30 kilometres, the other 90km) in the middle of the trip, where the police had caught me and forced me to board a truck which took me through their jurisdiction on a road (they didn’t want me to die in the desert, at least not on their turf). These two gaps in my footprints frustrated my sense of completeness. I decided to hitchhike back to these two sections and walk them in the reverse direction with just my rucksack instead of my cart (faster and less conspicuous). Thus I would be able to join my footprints and complete a continuous line for the journey.

It turned out this final week was one of the hardest of my expedition. It included sneaking covertly at night through agricultural communities, being caught and then released by police, carrying an implausibly heavy 35kg rucksack with three days’ worth of water, getting a stomach upset for 24 hours, wading across a river, and then finishing with a 15-hour hike up an oil road.

Nonetheless, finally, 71 days after I had set off, with early winter dipping the thermometer towards freezing at dawn, I reached the last point where my footprints had been broken and the expedition was complete. 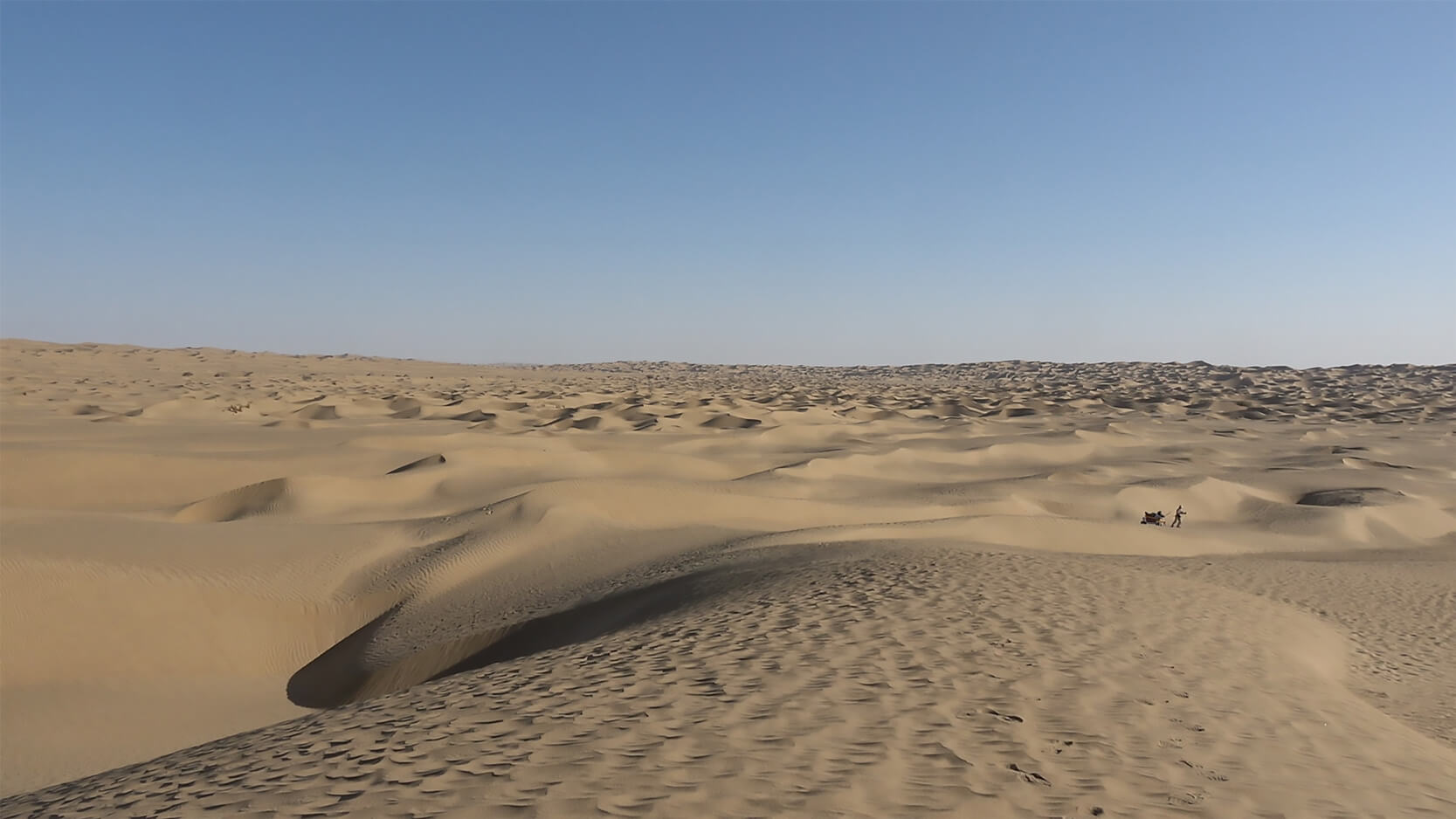 It has felt like the hardest adventure I have ever done, harder even than crossing Siberia in winter or Papua New Guinea in the rainy season. Like always, it was an internal journey as much as an external one. On previous expeditions I have learned about what I call the “attitudes of adventure” – vital attitudes I needed to succeed. They include the ability to embrace (rather than resent) challenge; the importance of setting clear goals; our amazing ability to grow as problem solvers; how to take calculated risks; and the importance of small acts of self-discipline.

But I also made new self-discoveries on this expedition. First, I was cut off from humanity by 10,000 walls of sand. Solitude, I believe, is an underrated experience, but one whose importance is gradually being rediscovered in the hurrying, flurrying, worrying culture of contemporary times (though it’s perhaps still a strange concept in Hong Kong).

Ed Catmull, president of the Pixar film studio, annually goes on a week-long silent retreat – an experience he claims is essential to help him in his creativity and his leadership. Positive psychologist Shawn Achor urges us to reduce the “noise” (or information/media input) in our lives by just 10 per cent, and we will be astounded by how much clearer we feel.

In the desert, I was fortunate to have great, long periods without any “noise” except the rumbling ruminations going on in my own head. It was liberating to have such space to think, to pray, and to bury old hatchets. Now I am back in Hong Kong, I hope to continue with regular times out of the bustle (so, for example, doing more creative tasks rather than checking e-mail before 10am). It may seem unproductive, I now realise it’s actually counterproductive not to have such times.

A second important personal lesson is facing disappointing setbacks in a more positive way. My biggest setback on this expedition was that the police forced me to divert from my original vision of the “first solo crossing of the Taklamakan”. Now, as a result of my detour, I don’t think my route was “deep and pure” enough in the desert to claim that title.

However, to my surprise I don’t mind. I know I still completed a really worthwhile expedition, and surely being the first person to drag a home-made beach cart on a meandering route across the Taklamakan deserves some kind of record on its own. But more importantly, I feel very satisfied that I pushed myself to my limits and I embraced new challenges. And I learned that even after disappointing setbacks, I can get up and keep going with enthusiasm and daring.

The third big lesson was about facing fear. I have done this over the years on my adventures, but for some reason it does not make facing new fears much easier. It is hard to describe the feeling of fear. For me it often includes haunting visual images of what is going to go wrong. It consumes all thought. It paralyses the body.

When I was amongst the dunes, battling onwards at half a kilometre an hour with a dwindling water supply, I felt a great deal of fear, even panic. But I also came to realise more clearly how fear was working on me, and the tension between my fear-driven thoughts (like, “I’m going too slow and running out of water – I’m doomed!”) and my reason-driven thoughts (like, “I’m moving steadily and I’ve plenty of water to last me till the next stop.”)

Bestselling author and Christian pastor Rob Bell notes that when we feel fear we can simply reply to our fearful thoughts: “I know about these dangers you are reminding me of. Thank you for reminding me of them, I will now decide what to do.” This kind of cognitive restructuring process is hard work, but I found it did really work.

So now back home in Hong Kong, I hope I will have a new gratitude and appreciation for the security, comfort and opportunities of life in this city. In the last few days I have been struck anew by the beauty of the dark, green mountains, the sparkling cityscapes and the rolling seas. My wife Christine is 30 weeks pregnant with our first child, so it will soon be time to get on with the next adventures of life – parenthood.